Test Your ESP on your smartphone!  Available for iPhone and Android.

Get a Fresh Perspective!

“Victoria lynn Weston is an individual with rare talents. She has been recognized as a leader and an inspiration within the intuition community. I highly recommend her work.” – Jeffrey Mishlove, Ph.D. 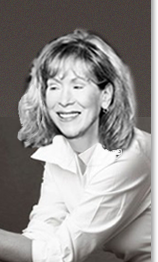 Born and raised in upstate New York, Victoria became aware of her psychic and intuitive abilities at the age of nine.  It started when she had a premonition that her uncle was going to die suddenly.  Soon after, she would entertain her family during dinner and tell them what they were thinking.  In high school, she would tell classmates insights about them that proved accurate.  She learned the value of knowing when events would happen to her or others and decided to use her gift to help others on a professional level.   Years later, she became known as the “corporate psychic.”

Today, Victoria lynn Weston is a  well-respected, trusted and highly valued consultant to dozens of business owners, executives and individuals.  Regardless of their titles, Victoria offers insights that help develop their company brands; expand business, higher the right employee for the job.  She brings to the table, an open and positive attitude with a keen sense of acumen that will help propel you and your business.

Consulting a psychic can provide a broad spectrum of  insights to help you overcome obstacles to achieve your business and professional goals.  “Psychic insight can be invaluable when used as adjunct to your fact and logic. When we are faced with certain decisions like a business investment or buying a new home, the more information we have access to, the better in the final decision making process,” says Weston who also encourages people to trust their own intuition.

Business owners, entrepreneurs and executives consult with Victoria lynn Weston for her extraordinary abilities. Whether you are looking to evaluate your marketing plan, buy real estate, make financial investments or expand your business, Victoria can help you refine your vision and make the right decision to achieve your goals. Many of her clients don’t make a decision without consulting with her first. All sessions are confidential and are available by telephone or in person.

“Victoria lynn Weston is the real deal. She is a gifted psychic who sees clearly through the dimension of time.” – Lisa, S.

As a motivational speaker, she has spoken to executives from Henry Ford Health Systems, RTM (Arby’s Franchise) where she teaches executives how to tap into their own power of intuition to make successful marketing strategies, investments or hiring the right employee.  Victoria has been a radio host of “Power Predictions” in Atlanta, Georgia and a featured guest on dozens of radio, television shows and print media including; the Atlanta PARADE magazine, The Atlanta Business Journal, ABC Talk Radio; CNBC; BUSINESS WEEK Online; INTERNATIONAL HERALD TRIBUNE, WIRED NEWS, THE NEW YORK TIMES and ABC’s Nightline.

She has worked as a professional psychic/intuitive consultant also known as “the corporate psychic” for 15 years.  Victoria is also the President and Founder of MediaQuire.com.

December 2015, Victoria launched an APP for iPad users to feature her PBS featured documentary about Victoria Woodhull, the first woman who ran for US President in 1872. Interviews include feminist icon Gloria Steinem, historians with actress Kate Capshaw performs Woodhull’s own words.  America’s Victoria, Remembering Victoria Woodhull APP is available on iTunes, Google Play and Amazon.  The feature length documentary is also available on DVD, on AMAZON.

In January 2016, Victoria launched AYRIAL, a new kind of body, mind and spirit community to feature the best psychics, best astrologers, best spiritual mediums.  AYRIAL will launch its unique smartphone APP in the Spring to make it easier for clients to connect with top lifestyle consultants and keep engaged with inspirational content. AYRIAL.com

Victoria has also been a featured local and national media, including:

Victoria has written screenplays including  “The Woodhull”, a screenplay that was centered on the life of Victoria Woodhull which got the attention of Oliver Stone. She then followed the path to Reality Television, writing a series of psychic themed TV reality proposals including; “World’s Greatest Psychic,” “Matrix” and “Psychic Eye-Q”, which caught the attention of ABC, MTV and Game Show executives. She is also the author of Selecting Your Psychic, From MainStreet to Wallstreet.

A new kind of body, mind & spirit community, AYRIAL.com was officially launched in January 2016 to create a group of exceptional lifestyle consultants that include psychic-intuitive consultants, spiritual mediums, astrologers and life coaches and make it easier for those seeking their insight and advice to connect with them.  Under development is the AYRIAL smartphone APP to be released in Spring.
Tell Me More!

“Victoria lynn Weston is an individual with rare talents. She has been recognized as a leader and an inspiration within the intuition community. I highly recommend her work. “– Jeffrey Mishlove, Ph.D.

“Victoria is an Intuitive Genius… her advice both business and personal is ‘right on the Money!'” – Dr. Tanya Jones

“Victoria lynn Weston is the real deal. She is a gifted psychic who sees clearly through the dimension of time.” – Lisa Stassi 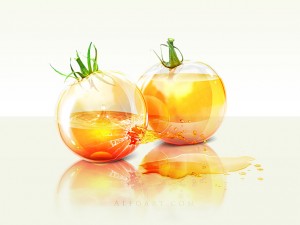 What Types of Readings?

Victoria offers detailed and accurate insights about your personal life, your career and professional and business life. Victoria says:

A Consultation can provide; 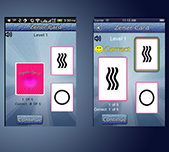 What Types of Psychic Abilities are there?

The Psychic Reading – What Do Skeptics Say?

Victoria lynn Weston is a valued intuitive consultant to dozens of business owners, executives and […]

Victoria lynn Weston is the real deal. She is a gifted psychic who sees clearly through the dimension of time.

Victoria is an Intuitive Genius… her advice both business and personal is “right on the Money!

Victoria lynn Weston is an individual with rare talents. She has been recognized as a leader and an inspiration within the intuition community. I highly recommend her work.