“We are born at a given moment, in a given place and, like vintage years of wine, we have the qualities of the year and of the season of which we are born. ” – Swiss Psychologist Carl Jung 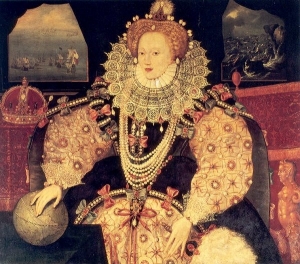 Astrology is one of the oldest, most widely practiced and frequently used methods of divination.  The study of astrology has origins in ancient Mesopotamia where inquisitive men first speculated on the effects of the stars and planets on crops and mankind.  A Gallup Poll in 1978 indicated that, of 1,750 newspapers in the U.S., 1,200 carried daily horoscopes.

Astrology has been held in esteem by educated and powerful people.  Queen Elizabeth I of England had her own court astrologer.  In 1988, President Ronald Reagan and his wife Nancy acknowledged a fascination with astrology.

Astrology presumes that the planets influence human action, character and destiny.  Astrologers are quick to point out, however, that the “stars impel, they do not compel!”

Astrology can be approached at different levels.  It is as simple or as complex as you care to make it.  Daily horoscopes carried in newspapers often rely exclusively upon the Sun sign, which is only one aspect of many factors that astrologers take into consideration. 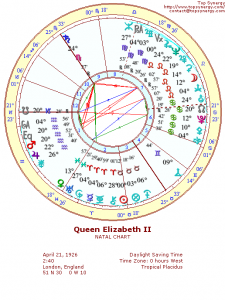 As the Earth turns, movement is generated in the heavens.  The Sun, Moon, planets and signs are said to move through the various houses. This movement is the principal basis for astrological prediction.  The Earth’s orbital plane, or zodiac as it is more commonly called, is divided into 12 equal sections of 30 degrees.

Each sign bears a name, which is derived from the constellations, giving us the familiar Taurus, Pisces, Aries, Gemini and so on.  Each sign is associated with certain primary influences that affect a person’s destiny.  In the case of Taurus, this would be strength and persistence. The entire zodiac appears to revolve around the Earth, by virtue of the Earth’s movement.

The sign on the eastern horizon at the time of birth is said to be the “rising sign.”  It is also said to rule the first house, that of the personality.   In the case of Taurus, stubbornness may be the outcome. Each of the 11 remaining houses is then governed by the signs that follow Taurus – Gemini, Cancer, Leo, Virgo, Libra, Scorpio, Sagittarius, Capricorn, Aquarius, Pisces and Aries.

The Sun also passes through the various signs at about the rate of one per month.  The position of the Sun in your month of birth is your Sun sign – one more factor to be taken into account in predicting your destiny.

The various planets moving through the signs have their own distinctive influences depending upon the sign being affected.  When Pluto moves through Libra, a fact which occurs once every two hundred years, the result for many Librans is dramatic emotional upheaval and personal transformation.

Particular planetary alignments, or “aspects” as they are sometimes called, play additional distinctive roles.  Needless to say, each person’s complete chart is a unique document.

The origins of astrology date back to the Chaldeans and Babylonians of ancient Mesoptamia who also were our first astronomers.  The priest/astronomers discovered five planets in addition to Earth, and made reasonably accurate predictions about their locations at different times. They developed the first 12-part zodiac, asserted that everything was governed by celestial laws and made some headway in correlating positions in the zodiac with major events, such as plagues and famine.  It was not generally used then to predict personal destiny.

In the early 20th century, astrology experienced something of a rebirth aided by among others, Evangeline Adams, at one time America’s first lady of astrology.  The day she moved into her hotel in New York City, she informed the owner that a disaster was imminent.  The next day the hotel burned to the ground, and Adam’s reputation was made.

In 1914, Adams was arrested for the “crime” of fortune telling.  In pleading her case, she offered to be tested by doing a character reading on any individual selected at random by the judges, given only the details of that persons’ time and place of birth.  The judge selected his own son, and was so impressed with her reading that he ruled: “The defendant raises astrology to the dignity of an exact science.”

Adams went on to cast horoscopes for the likes of J.P. Morgan (who followed her financial advice), Enrico Caruso, the Duke of Windsor, and screenstar Mary Pickford. Adams died in 1932, ten years before one of her last prophecies would be fulfilled – that the Unites States would at war in 1942.

While not an exacting science, astrology is considered by many to be an observed science.

There is substantial evidence to indicate more accidents, murders, violence and robberies occur during the full Moon.  Police departments and hospitals also admit to adding more staff on those nights.

Today there are over 7,500 professional astrologers in the United States.  In addition to casting personal charts, their expertise is being tapped in a variety of other fields, including business, law and psychotherapy.  One cardiologist is using computerized studies to correlate the significance between astrological data and the likelihood of heart disease.  As with all prophetic arts, the needs it fulfills, the promises it holds, and the successes it enjoys make astrology impossible to dismiss.

Source:  Selecting Your Psychic; A Brief History of the Prophetic Arts