VLW: What compelled you to become a Psychotherapist? 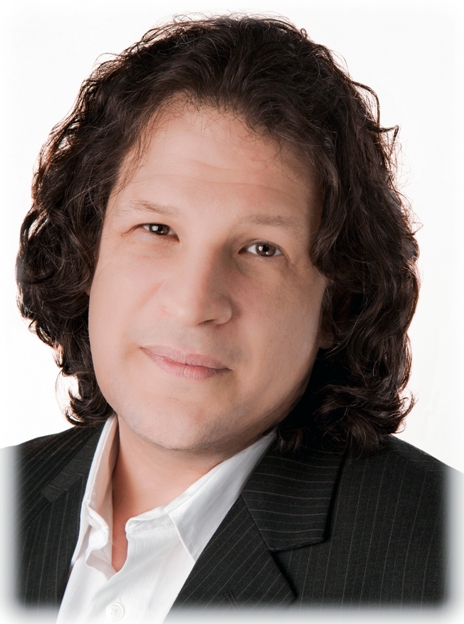 JE: For me, it was and is about how I can best serve people.  As a kid, I was fascinated by the subject of intuition. In the 1980s, I began to experiment with it. Eventually, I started studying spiritual psychology, which led to formal training in the counseling psychology field.

In 2008, I re-discovered psychoanalytic theory, and that’s when the light went on. I thought when it comes to understanding and helping people emotionally, psychologically and/or spiritually, this healing modality can give me all the tools I need to connect with people in ways that were more meaningful.

Very little is more gratifying to me than supporting people and giving them tools that they can use for the rest of their lives to help establish and maintain their sense of wellness.

VLW: Who is the leader in your field that inspires you and why?

JE: It’s hard to narrow down who inspires me. Sigmund Freud, of course, inspires me as the pioneer of the “talking cure” that he developed to improve people’s mental health and well-being. Those who came after Freud – Carl Jung, Carl Rogers, Wilfred Bion and others who dedicated their lives to advancing the field of psychotherapy – inspire me as well.

The person I’m currently enamored with, however, is Albert Einstein. Einstein loved intuition and credited it as the essential ingredient in developing his Relativity Theory.

What people don’t often mention is that from his childhood and into his 20s, Einstein was considered a loser. Nobody in the scientific community wanted to be connected to him. After he graduated, people refused to hire him. His relationship to his father was extremely turbulent. People called him a dreamer.

What amazes me is that it is this very ability to daydream that allowed Einstein to work out his relativity theory.

VLW: How has intuition fit into your practice?

I believe intuition to be an integral part of our thought and decision-making process. Intuition is often viewed as mysterious and unreliable, but today, because of advances in neuroscience, we know much more about intuition than we did even five years ago.
I use intuition with every person I see, and I combine my intuitive skills with my therapeutic training so I can respond to people optimally. I use intuition as an additional and invaluable source of information. It enriches the time my clients and I share together and makes it more productive, effective and insightful. I also see that as people grow, change and develop through the process of psychotherapy, their connection to their intuition and the ability to trust it improves as well.

VLW: How can we learn to trust our intuition?

JE: Learning to trust our intuition begins with the understanding of the ways it communicates. It doesn’t matter if you believe intuition to be a spiritual, scientific or philosophical phenomenon. Intuition communicates to us all in the same ways.

I will give you three examples (in no particular order) of the most common ways intuition communicates with us.

When I do public talks on intuition, I go through these processes very thoroughly and explain why we experience intuition in the ways I have described.

VLW: Tell me what inspired you to write SIMPLY SPIRIT?

JE: Simply Spirit is a book that wrote itself through me. I never sat down at my desk thinking that it was time to write a book. In fact, in 1997, I had three very unique spiritual experiences after which the book started to write itself.

Shortly after the last experience occurred, the book began to write itself in very disruptive to my life ways. I would go to bed at night, and just before falling asleep, I would get hit with a ball of energy. The only thing I could do to release it was to write. I had no idea what was to come out of me. Night after night, I’d get up, turn on the lights and sit with my pencil and a pad of paper in order to catch these quotes – one-sentence spiritual lessons – that were popping out of me. Eventually, I collected and categorized them. Thirteen years later, the first set of teachings, Book One of the Words by Joseph series, was released.  I’m currently writing my fifth book.

VLW: Illusion and Clarity is one of your book chapters. Swiss psychologist Carl Jung said “intuition is reality and reality is illusion.”  What do you think?

JE: My interpretation of what Dr. Jung said is that intuition leads us to a more expansive perception of reality. What we think and experience consciously is a small fraction of what gets absorbed unconsciously, whereas the unconscious mind holds far more information than we can consciously realize at any given moment.

Freud, who was Jung’s teacher, called intuition “unconscious communication.” Therefore, intuition is connected to something far more real than what we perceive reality to be because what we see as reality is only a fraction of what is.

The chapter in Simply Spirit on Illusion, Processing and Clarity is about the on-going cycle of becoming present and aware – or enlightened, if you will. Reality as we know and experience it can change in an instant. Knowing this, it’s important to rely on and interact with what’s in front of us, but not to become too attached to it that we identify with it solely.

The idea that a relationship is yours forever, for example, is something we’d like to believe, but in reality is not possible. We can enjoy a relationship and nurture it, but its permanence is an illusion. To work through such illusions, we need to employ process. What is process? Process is the internal work we do whether on our own or with someone’s help (e.g., a psychotherapist) to achieve clarity and, ultimately, well-being.

The Illusion, Processing and Clarity chapter in Simply Spirit attempts to assist people with this process through very accessible, yet illuminating, short quotes. 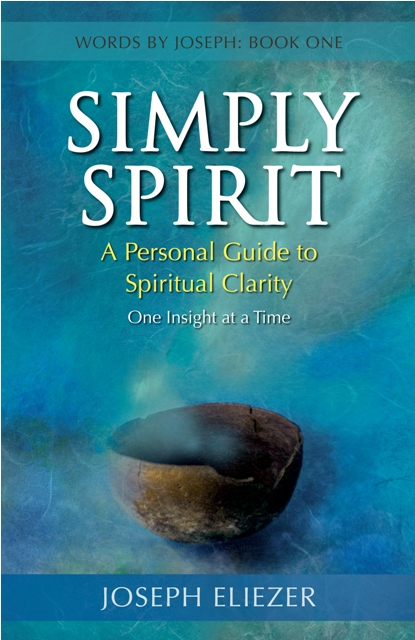 VLW: How is your book, Simply Spirit, different from other books out there like The Secret, for example?

Simply Spirit is a book of answers. It’s written in quotation form, and unlike other books where you have to read many pages to get the message, this book offers spiritual solutions at the moment you ask your question. All you have to do is to open it.

I get emails from people all the time who say they open the book, and it doesn’t matter which page they land on because that is the one that contains the message they need to receive for that day. One reader, a yoga teacher, who experienced ambivalence over her life’s direction, was finally able to make a decision upon seeing an affirmation in the book. As a result, she has embarked on a life-changing two-month journey through India.  Another person told me she sleeps with the book under her pillow because it helps her feel safer at night.  I get emails from doctors and therapists who keep the book in their waiting rooms because it calms their patients down, which helps make the consultations run more smoothly.

A cancer patient shared with me that Simply Spirit speaks to her in ways her doctors or husband simply can’t.  The book is just beginning to find its way into people’s hands, which is why I’m so grateful for this interview. Thank you so much for finding me. I trust that Simply Spirit will speak directly to you too.

VLW: FOR FUN: What is the last film you saw?

JE: The last film I saw was The World’s End. The movie was funny, charming, thought-provoking and extremely well crafted. It had an excellent script and a truly original take on what appears to be a formula movie you think you’ve seen over a hundred times.

Joseph Eliezer is an author, registered counselor, psychotherapist and clinical supervisor. He practices a unique form of therapy, called Intuition-Enhanced Psychotherapy, which is rooted in psychodynamic psychotherapy and is enhanced by the use of both therapist and client’s intuitive processes. Since 1994, Joseph has had regular segments and made guest appearances on top-ranked radio and TV shows in the Vancouver, BC, area. He has also been interviewed and has written for several print and on-line publications.