Home/365 Days of Psychic Wit, Selecting Your Psychic/The Oracle at Delphi
Previous Next 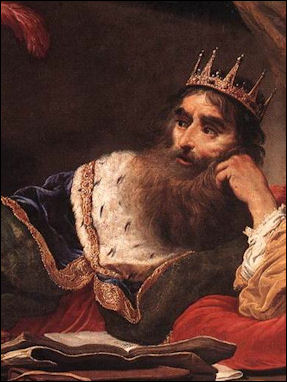 An interesting report by the Greek historian, Herodotus, involves King Croesus of Lydia who, as one commentator notes, probably initiated the first crude experiment in parapsychology.  Croesus tested different oracles in order to obtain the very best advice for an upcoming campaign. He commanded his messengers to seek out the oracles at various temples and to ask them what he, Croesus, would be doing one-hundred days henceforth, and to return to him with the message.

All but one, the oracle at Delphi, failed the test.  Among other things, she told his messenger that he was preparing a special meal of tortoise and lamb cooked in a double brass pan.  In fact, Croesus was doing just that, and rewarded the oracle handsomely.