Home/Business Intuition, Selecting Your Psychic/psychics in police work
Previous Next 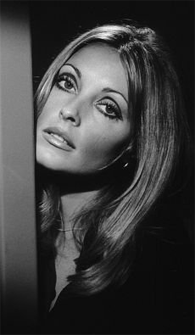 The applications of psychic ability in criminal investigations receive a tremendous amount of media attention.  For obvious reasons, the majority of psychics involved in police projects prefer to work without public attention.  However, good or bad, for years, investigative units all over the world have taken advantage of the information provided by psychics.  The reason is simple. When you have nothing or very little to go on, and you are looking for leads but have few, and a psychic volunteers information – may times at no charge – you have nothing to lose and potentially everything to gain.

The list of successes is impressive.  “Roots of Consciousness” author Jeffrey Mishlove points out that the involvement of psychics in modern criminology dates back to at least 1914, when the Frenchman W. de Kerler, who identified himself as a psycho-criminologist, solved man crimes which had baffled investigators.  Though he never received monetary payment or publicity, a number of his more spectacular success have been documented.

Another psychic detective, Janos Kele, who worked for years in Hungary and Germany, also never accepted fees or rewards for his work.  His abilities were successfully tested by Professor Hans Dreisch at Leipzip University, who classified him as a “classic clairvoyant.”  He was also tested by Dr. Karlis Osis, the police chief Dr. Stephen Szimon, Kele averaged 80-average accuracy in the information that he provided for locating missing persons.

In “My Passport Says Clairvoyant,”  psychic Marinus B. Dykshorn, whose career spans three decades and three continents, has recorded numerous cases in which he provided essential and effective clues for a variety of police departments.  Dyskshorn’s successes made him an associate member of the Sheriff’s Association of North Carolina, and in 1971, he was awarded a commission from the governor of Kentucky “in consideration of outstanding achievement.” 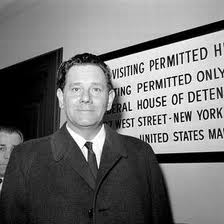 The late Peter Hurkos was perhaps the most famous psychic involved with police work.  AT the age of 41, he moved from Holland to Los Angeles, California, where he became one of the century’s greatest psychics, using psychometry as his vehicle.  Hurkos focused on criminal invetigations and locating missing persons.  He was a valuable resource for the Boston Strangler investigations.  In 1969, he assisted in resolving the Charles Manson murders.

In the following description, Hurkos gives his own psychic impressions of Sharon Tate’s murderers:

“Small little man with beard.  Charlie, and another skinny person Charlie, tall I keep seeing ‘Charlie,’ Charlie more than any other.” Charles Manson was one of the Charlies, of course, the other was Charles “‘Tex'” Watson, the skinny, six-foot one.  Other names kept recurring, too:  David, Billy, Sally, all of whom figured in the crime. “‘The leader of the gang is small, thinks he is Jesus Christ and has been in trouble with the police already…very sadistic, crazy nut, tough, hard and vulgar.” 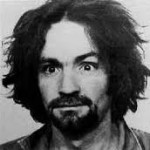 Hurkos was accurate regarding several other points – the murders were committed by a cult gang whose members included both men and women – heavily involved with drugs and eccentric sexual behavior.

Hurkos’s revelations and professionalism paved the way for other psychics to work with law enforcement agencies.

To date, probably the longest lasting relationship with police authorities can be claimed by Irene Hughes of Chicago.  A plaque is displayed in her office signed by three Chicago policemen expressing their appreciation for leads she provide them.  The police of Illinois credit Hughes with helping to solve over 15 murder cases.  In one particular homicide case, she provided the exact name and address of the murderer, adding that the case would take a long time to solve.  Indeed, it took three years to capture the fugitive.

Typically, psychics who are working with unsolved cases make use of names, photographs or physical objects associated with the crime.  They may use psychometry on the murder weapon, such as a gun or knife, or on the cherished toy of a child kidnap victim, to gain information.

Police investigation is one area in which the ratio of psychic hits-to-misses is less important.  Psychics may come up with little information in one out of five cases.  Yet, on the fifth case, they may provide very specific information that leads to a capture or a solution.  Then the wait is worth the time and/or monetary investment.  Producing a “low score” overall must be viewed in a different perspective.  The police department’s own ratio of significant to dead-end leads are sometimes not any better than a psychic’s.  But, it only takes one good lead to break a case.

Nevertheless, one should always proceed with an open mind, and realize that psychic is infallible.  Psychic ability may soon prove to be the most valuable instrument for ferreting out hidden information and obscure facts.

Note: Excerpt from, Selecting Your Psychic, from MainStreet to WallStreet by Victoria lynn Weston.