When the Outlook is Hazy 2

THE CONFERENCE BOARD REVIEW (con’t)

Perhaps they still recall Americans’ widespread dismay at the revelation that Nancy Reagan had regularly consulted an astrologer in drawing up her husband’s White House schedule.

Or what happened when Joe Firmage, CEO of multi-billion dollar Internet consultancy USWeb, went public with his belief that many technological innovations originated with the 1947 “alien spaceship” crash in Roswell, N.M. First, Firmage was pressured to take the lesser role of chief strategist; then he resigned altogether. “Given the market exposure associated with his outside interests,” explained Robert Shaw, his successor as CEO, “Joe suggested that we would all be better served if he didn’t have an official role with the company.”

Of course, aliens are not psychics, but the general view of both is similar: Weird. Creepy. Ridiculous. Irrational. The same goes for individuals who believe in them, at least to the extent that they base personal and business decisions on supernatural suppositions. “It’s probably not in the best interests of CEOs and companies to admit to consulting with psychics,” admits Barb Powell, a psychic in Saskatoon, Saskatchewan. “Shareholders
would probably not approve of it, so it might be best to stay under the radar with this stuff.”

Rarely does a company hire a psychic directly, though some say that corporations have occasionally retained them as inhouse consultants or associates, as Bosco’s MSMTechs did with Weston.  Baron, too, says that organizations have employed her to examine holdings and stocks and predict trends.

More often, an executive will confer with a psychic privately.

Regardless of who’s paying—anywhere from $100 an hour to $10,000 a month—the result is the same: A psychic is influencing corporate decision-making. Should you extend your brand into another product category? “Eh, I’m just not feeling it,” a psychic might reply. How about outsourcing production to China? “Um, the energy seems wonky.” Now imagine delivering these same explanations to shareholders or directors— something might be wonky, but it won’t be the energy.

“Most people don’t feel comfortable talking about this,” adds Bosco, Nonetheless, having sat on the boards of organizations such as the YMCA and Microsoft CPLS, she points out: “We always had someone in the room who’s used a psychic.”

THE OTHER ENERGY INDUSTRY
Prior to becoming a full-time psychic, Daoust spent twenty years managing and consulting at companies including Exxon, Imperial Oil, and McLeod Bishop Systems, a multimillion dollarturnkey firm where she was marketing manager. Growing up, Daoust says, she was able to see and hear through
floors and walls (many sensitive apartment-dwellers are cursed with at least one of those skills). But it wasn’t until she began working in corporate management that she realized she could  also read the “energy flow” around people, thoughts, and companies.

At this point, you’re probably thinking numerous things—and Barb Powell might know what they are. She claims the ability to hear a person’s thought patterns. “It’s not a word-forward thing, but more of an awareness,” she explains. “It’s exhausting!” She also says she’s been able to observe colors and auras around people, enabling her to help clients decide on whom to hire, fire, and do business with.

Then there’s Martha Woodworth, a Las Vegas-based psychic and astrologer who practices “astrocartography”—the plotting of “cosmic energy” onto a worldwide map, then reading astrological charts to identify an individual’s or a company’s strengths and weaknesses. As a result, Woodworth says, she can pinpoint the ideal site for a company to do business.

For example, if you’re in the communications field, you want to locate your firm where Mercury, “the planet of thought,” crosses your chart.
Want to reap huge profits? See where Jupiter aligns for you. Woodworth, incidentally, says she has scores of clients in Kansas City. Guess which city her Jupiter runs through.

Meanwhile, Baron’s alleged ability really is all in her head. When a client asks a question, she claims to “lock in on a vibrational rate. It literally starts opening up, and I start seeing glimpses of images in my head that I can view from different angles. A lot of the scenes are disconnected, and that’s when it takes a seasoned psychic to interpret the images and how they weave together.”

Executives tend to have sensitive B.S. meters and a good sense of when the person on the other side of the table is being disingenuous—in short, they’re the last people who should be taken in by con men. Or psychics. But as professional skeptics note, even the smartest people can be
credulous, which can lead to disastrous outcomes. 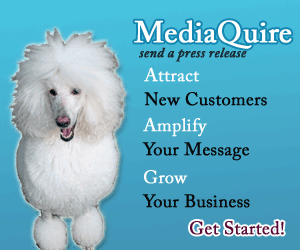 In March, the SEC accused Sean David Morton of stealing more than $6 million from investors. Morton, a psychic based in Hermosa Beach, Calif., claims to have developed “Spiritual Remote Viewing,” a supernatural GPS that he says helps him to foretell natural disasters, political events, and stock-market shifts. He likely never predicted that the SEC would charge him with fraud, investing only a portion of his clients’ money and keeping the rest for personal purposes. While such a crime is hardly unique, you have to scratch your head when thinking about the investors’ frame of mind. As George Canellos, the director of the SEC’s New York regional office, said in a statement, “Morton’s self-proclaimed psychic powers were nothing more than a scam to attract investors and steal their money.”

Now, this is very much an exceptional case: Not all psychics are necessarily conscious frauds. In fact, most psychics are nice, sincere, well-intentioned women—almost always women; Morton is unusual—whose friendliness alone convinces some clients. The problem is, they’ve deluded themselves into believing they have special abilities, say skeptics, who lay partial blame on the clients: When a psychic tells you that there is
someone at your office whose name beings with “P” and you answer, “Peter!”, you’ve just confirmed for the psychic the authenticity of her powers.

Then, too, psychics rarely hear back from unconvinced clients.

“There is also some pious fraud, where a psychic will fudge or fake things,” explains D.J. Grothe, a former “psychic entertainer” who is today president of the James Randi Educational Foundation, a nonprofit committed to debunking paranormal claims. “The thinking goes: ‘I know I have the ability, but it doesn’t work all the time. I want to help people, but I can’t help people unless they work with me, but they won’t work with me
unless I can get them to believe me.’”

What most psychics would like you to believe is that they have more than five senses. Their intuition, they say, gives them a heightened, deeper awareness of situations. Perhaps the best-known corporate intuitive these days is Laura Day. In a Newsweek profile, Day recounted the advice she gave to a Wall Street money manager who was unsure whether he should pull out of a multimillion-dollar energy deal. “My gut is that you’re not going to get your return,” she said. The money manager withdrew his investment, she says, and the deal plummeted.

But you too can predict such matters, psychics insist. “My intuition is only better than yours because I’ve exercised and trained it,” explains Jon Stetson, a Boston-based “sleight-of-mind”  mentalist and comedian. “The problem is that most of  us deny our intuition. It’s dying to be heard, so we need to exercise our intuitive muscles.” That’s advice that wouldn’t be out of place in a book about executive decision-making—except
that Weston recommends improving your intuition by . . . reading your own mind.

Critics call foul, naturally, on this kind of mystical self-help counsel, as well as on pseudoscientific language intended to professionalize psychics. To appear more palatable to corporate types, psychics may call themselves “intuitives” or “mentalists.” Auras are “human energy fields”; readings become “consultations”; psychic powers mutate into “psychological intuitiveness.” But, quips Benjamin Radford, managing editor of Skeptical Inquirer, a bimonthly magazine promoting science and reason: “Bullshit is still bullshit.” Especially when it’s vague, a common factor in all psychic
forecasts, allowing wiggle room and time for predictions to come even a little bit true. “Many times, it’s a matter of patience,” Carla Baron explains. “Timing is important, but sometimes things get delayed.”

Adds Weston: “Sometimes things will make immediate sense. Other times, it will take longer to see if something’s accurate—perhaps six months to a year.”

Yet when the window of time remains open for so long, twisting and fading memories may fly out while false recollections may sneak in. Never mind that we naturally tend to remember any apparent hits more than we do misses. Skeptics also accuse psychics of often basing “insights” on
obvious assumptions—telling a CEO that he’s the kind of person who can really command a room—or on simple probability. “When a psychic says, ‘I predict stocks will go up, then down, then plateau for a while,’ he’s probably right. But what time period is he talking about?” Radford asks. “If psychics can really do what they claim, why are they consulting instead of reading the future for themselves to make a killing in the stock market?”

The most convenient claims that psychics make are not ones that they can’t prove, argue critics—they are assertions that can’t even be tested. Suppose a psychic says that a job candidate has a bad aura, so you decide not to hire him. How could you possibly know what kind of worker he would have been?

Likewise, what if the person with the good aura that you did employ turned out to be a great worker for ten years, only to start stealing later on? Did the employee’s aura suddenly change color? Even when psychics are wrong, they disclaim full responsibility: If you don’t go into a reading with an open mind, whatever thoughts you have during the consultation can resonate too strongly with a psychic and distort the reading’s accuracy,
Weston says. For example, if you’re too skeptical, the walls you’ve erected around yourself may block the psychic’s mental telepathy powers. On the flip side, if you crave something so badly that you can actually visualize it, your mind may transmit a strong signal that may cause Weston to visualize it too. “Wishful thinking can skew a prediction,” she says.

[NEXT PAGE] [Selecting Your Psychic, From Main Street to Wall Street]