The Conference Board Review (con’t)

THE REASON FOR NO REASON
“People rarely pay attention to whether psychics are right or wrong,” Radford complains. Instead, they simply . . . believe. “It’s not that their brains turn off—they just don’t apply the same standard of evidence as they would in other areas. I can show you well-controlled studies demonstrating that psychics can’t do what they claim, but if one time, one psychic tells you something you don’t think the psychic can know, those studies don’t matter. Most people are not critical thinkers.” But businesspeople are not most people. They earn MBAs, plan budgets, run meetings, oversee projects, manage operations, head multibillion-dollar enterprises. Sometimes they even work in Excel! Analytical thinking isn’t just part of their job— it is their job. With no spreadsheet detailing a psychic’s tea leaves, what is there to evaluate?

Psychics may offer cold readings to convince clients, but vagueness and lack of adequate skepticism often leave executives with wide rather than squinted eyes. “It’s not that people are ignorant—well, it is that they’re ignorant,” says Brian Dunning, host of “Skeptoid,” a weekly podcast aimed at demystifying pseudoscience. “They don’t know how to properly analyze psychics.”

Most executives would—at least, should—never make a decision without methodically examining it from every angle. At the same time, Dunning suggests, “businesspeople are making decisions based on information no better than what you could get from a homeless person in the alley behind your building.” Why are some executives seemingly willing to brush aside the level and type of judgment they’d ordinarily apply to work when dealing with psychics?

Hard-nosed business culture aside, Western society makes plenty of room for the world of the irrational, from UFOs and homeopathy to angels and demons. “We are socialized into thinking that psychics have certain abilities, which leads to a lapse in rational thinking and logic,” explains Karen Stollznow, a paranormal investigator affiliated with the Amherst, N.Y.-based Center for Skeptical Inquiry. And people compartmentalize.

For instance, Radford cites a family friend, a lawyer who thinks critically in the office and consults her horoscope at home. Plus, “business leaders are just as prone as anyone else to cognitive biases, deceptions, and self-deceptions,” D.J. Grothe adds. “We would like to imagine that they are somehow immune to the kinds of bad decisions that an average Joe would make. If you’re a CEO in command of a Fortune 500 company,
we would like to think you won’t foul up as easily as the average man on the street, but history shows that bad decisions come from the top down as much as they come from the average Joes.”

Even if psychics aren’t always right, neither is anyone else. So what’s wrong with using every possible resource to gain extra perspective? As Danielle Daoust points out, a psychic promises nothing more than a “second opinion.” It doesn’t make it an educated opinion, though. Aren’t you better off hiring a management consultant?

No, Weston says: A psychic offers intuitive insight that goes deeper than what a typical consultant provides. Still, she concedes that when a psychic lacks knowledge about an industry, she might disregard potentially important images that she “sees.” Coincidentally—suspiciously so, skeptics argue—many corporate psychics have also held more quotidian corporate jobs. “I wouldn’t hire a psychic to implement a big Microsoft
project,” explains Iuculano, “but when you have someone like Weston who has a significant business background and a good sense of intuition, it’s definitely worth it.” 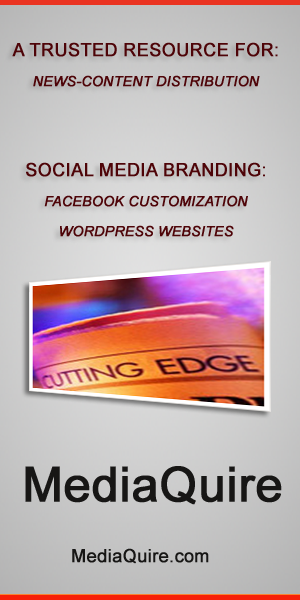 A psychic’s, a consultant’s, your intuition—it may all be irrelevant. “There are very few situations in which people can develop good intuition,” says Emory University psychology professor
Scott Lilienfeld. Intuitive expertise grows only when you consistently receive unambiguous and immediate feedback. He cites as an example skiers, who get rapid response as they glide down a slope. With time, they get better and acquire intuitive hunches. But such conditions are absent in the vast majority of professions.

In finance, for instance, it takes a while to figure out the merits of a decision. Even when you do know instantly, it’s not always clear what factors were at play. “If anything,” Lilienfeld adds, “psychics’ intuition would be worse than your own, since psychics have less experience working at a company or in an industry.”

When an executive makes decisions, he’s held accountable for the results. When a psychic gives
advice that turns out bad, the usual reply is: “Oh well, it’s a psychic.” Psychics rely on that permissive attitude, say skeptics.

Indeed,some psychics go to great lengths to point out that in the end, they aren’t the ones actually making the important decisions. To put it bluntly, “I don’t want to answer clients’ questions for them,” Stetson says. “I want them to answer their questions for themselves.” Similarly, Woodworth’s “it’s not for me to tell you—it’s for you to find out” approach implies that psychics see their roles as therapists rather than seers.

In fact, whether they’re facing tough choices about playing this week’s Lotto or closing an underperforming division, people often seek the same thing from both therapists and psychics: validation and comfort. They want to be told they are making correct decisions. They want to feel good.

Consequently, some psychics wind up saying the right things, even if they aren’t right—that is, they shun any negatives they allegedly see by focusing on the positive. “My goal is to boost people, like Tony Robbins and Brian Tracy do,” says Woodworth. “I’m not a doom-and-gloom psychic. I like to get people all excited. “Articles about psychics often end by saying what nice people we are and how we make others feel better about their lives,” she continues. “So be it. What’s wrong with that?”  to make a killing in the stock market? (www.tcbreview.com)